This article is the second in a series from Hailsham Chambers addressing insurance implications from the current Covid-19 situation. It explores various causation, mitigation and quantum issues that are likely to arise in that litigation.

The causation issues engaged will vary for the different types of policy under which claims are likely to be made:

1. BI policies covering losses caused by restrictions imposed as a result of a notifiable disease

Most Covid-19 related BI claims will be made under policies that insure against losses caused by restrictions imposed by a public authority following an occurrence of a notifiable human disease. Those claims raise a number of causation issues.

What is the insured peril?

The identification of the insured peril will be critical when considering causation.

The key issue is whether the proximate cause of loss is the worldwide restrictions caused by Covid-19 or the UK government’s response to it. If it is the latter, the effects of the pandemic in other countries will not form part of the insured peril. The value of claims made by businesses that depend on international supply chains will then be reduced, because they would still have been disrupted in any event.

Many businesses have chosen to close following government guidance to do so. Many construction sites have, for example, paused operations.

There is nothing in the law, however, that prohibits non-retail businesses from continuing to operate as before. In fact, the Secretary of State for Business, Innovation and Skills has written to construction companies to tell them that sites can remain open. Neither is it against the law for employees to work within two metres of another person – although they have been asked to avoid doing so.

Insurers are likely to argue that losses caused by suspending operations are only covered if the business was forced to do so by the law.

The precise policy wording will be critical.  If the policy is narrowly expressed so as to require a mandatory order to cease trading, then closing a business on the basis of guidance may not trigger recovery. That might be the case even if it was reasonable to do so in light of guidance that has been given.

Effects prior to notification date excluded

Covid-19 became a notifiable disease on 5 March 2020. Any losses arising from Covid-19 before that date will usually be excluded from recovery (see the Hong Kong case of New World Harborview Hotel Co. Ltd & Ors v ACE Insurance Ltd & Ors (2012) 15 HKCFAR 120, which was decided in the context of the SARS outbreak).

This is likely to be an issue in claims brought by businesses that source products from China and suffered from the suspension of manufacturing in China between January and March 2020.

2. Business interruption due to physical damage contamination at the premises

Most BI cover is purchased as an add-on to a property damage policy. That cover arises when there is loss or damage to a property or premises. In some policies, damage caused to the premises by an outbreak on-site may be covered.

In order to claim under those policies, the insured must prove that it would have been able to continue as before had the outbreak not taken place at the workplace.

Insurers will doubtless argue that many businesses would have lost custom even without the specific outbreak at their premises, because of the wider effects of the pandemic. This will, at least, reduce the value of many of these claims. A similar argument was successful in a claim relating to hotel damaged by Hurricane Katrina (Orient-Express Hotels Ltd v Assicurazioni General [2010] EWHC 1186).

Retail businesses may have valid claims if, pre-lockdown, an infected employee attended the workplace and a resultant deep clean interrupted normal business. The period of recoverable loss would, however, end at the point at which the workplace would have had to shut anyway as a result of the lockdown.

Businesses that continue to operate during lockdown may be able to bring a claim for interruption if an employee tests positive and production or supply is disrupted as a result. The losses would, however, be assessed by reference to the revenue that would have been earned absent the positive test, rather than absent the impact of the pandemic itself.

Mitigation of loss is likely to prove one of the most hostile battlegrounds in Covid-19 business interruption litigation.

Once notice of a claim has been given, the insured will usually be required to take “reasonable steps” or “all practicable steps” to minimise its losses.

The usual consequences of breaching that obligation that the insured will only recover damages it would have suffered had it properly minimised its losses. In many policies, however, the duty to mitigate is a condition precedent so the insurer will be discharged from liability if it is breached.

A number of issues arise as a consequence of the Covid-19 pandemic:

Businesses have shown impressive flexibility by adapting their operations and working around the present lockdown conditions. Thousands of restaurants have begun to offer a delivery service and manufacturers have converted their production lines to make medical equipment.

Some businesses that could have taken that approach have instead chosen to pause operations. The fast-food chain McDonalds, for example, has shut all its UK restaurants rather than operate a takeaway service – unlike its rivals Burger King and KFC.

If, like McDonalds, the insured has fallen out of line with the rest of the industry in not continuing operations in some form or adapting its services, when claiming under a BI policy it may have to give credit for revenue that would have been generated had it done so.

To furlough or not to furlough

The government’s Coronavirus Job Retention Scheme allows employers to furlough workers and to be paid 80% of their wages. Employers can then choose whether to ‘top-up’ the worker’s wages to 100%.

The decisions of whether to furlough staff and how much to pay them might impact the level of recovery under any BI policy, because insurers may argue that the business did not engage with the furlough scheme in a reasonable way. For example:

The court will assess the reasonableness of employer’s decisions in the context of the uncertainty of the current environment and not in hindsight. They may find that a wide range of approaches was reasonable and decide not to punish businesses for taking difficult decisions. Nonetheless, there is considerable scope for argument and insurers will doubtless take these points when they arise.

BI policies commonly include a clause allowing the insurer to reduce the amount paid out when there are underlying market trends that would have affected business revenue absent the insured event. The aim is to ensure that the amount paid by the insurer is as close as possible to the actual amount lost as a result of the damage.

These clauses allow the insurer to prevent the insured benefitting from a windfall, although they could in theory be relied upon by the insured to increase its losses if market condition have been unexpectedly good during the period of disruption.

The “other circumstances” can occur before or after the relevant damage.

BI policies typically set out detailed mechanisms for the calculation of quantum. The amount to be paid out is often based on past revenue – but each policy will require a different approach.

Policies will specify the supporting documents required to make a claim. Insureds must be careful to preserve all the documents they will need to show what typical income would have been, what income has been lost, extra costs that have been incurred and how that is all linked to the insured peril. If insureds do not act quickly to gather that information and it is later unavailable, recovery may be denied (see Ted Baker v Axa Insurance UK [2017] EWCA Civ 4097).

Typically, the indemnity provided will be limited to a specified period after the commencement of the insured event. For BI policies, the indemnity period is often 24 months.

With many businesses likely to suffer losses for longer than that period as they re-adjust to the “new normal” the country faces, recoverable losses are likely to be significantly below actual losses.

Most BI policies have a specific limit of liability for the insured peril. Insureds should expect any such restrictions to be robustly enforced.

Insurers are now under unprecedented pressure to meet claims while themselves adapting to remote operations. It is likely that many payments will be made late – in some cases, too late to save the businesses that were insured.

Section 13a of the Enterprise Act 2016 now provides that a term is implied into all insurance contracts entered into from 4 May 2017 that payment of sums due must occur within a ‘reasonable time’. While the term can be excluded in non-consumer contracts and

the definition of ‘reasonable time’ will be construed with the Covid-19 crisis in mind, there are likely to be claims made against insurers from businesses who have suffered while waiting for payment.

Although the Financial Conduct Authority has stressed that it expects insured customers to be treated fairly, the insurers, as is so often the way, have an impressive array of causation and quantum arguments available to them. Having said that, it appears to the authors that a great number of claims for business interruption might well succeed, dependent of course on the precise policy terms. 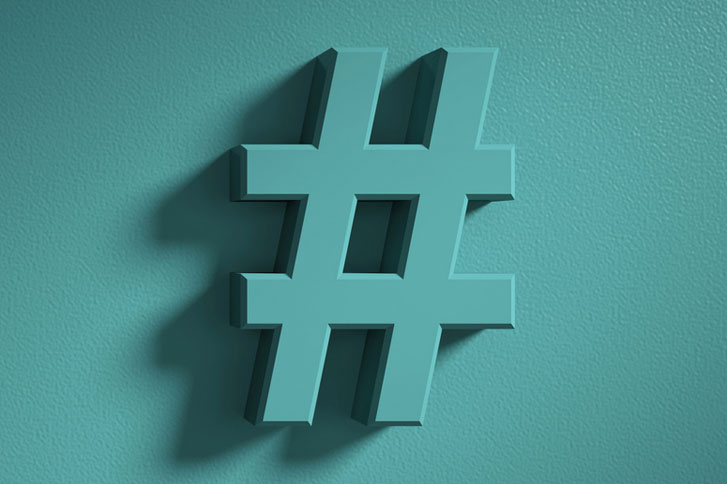