Yes! Publicly available and reliable market data for professional indemnity claims is scarce2 and underwriters often record their claims data in a variety of different ways making cumulative collation imprecise. However, there is growing perception amongst our insurer and professional clients that the under settlement of personal and medical injury claims is on the rise. Two underlying factors may be contributing to increased market sensitivity.

1. The shock Discount Rate reduction of 2017

Many practitioners were caught off guard by the government’s surprise announcement on 27th February 2017 that the discount rate was to be reduced from 2.5% to -0.75%. The change took effect from 20th March 2017 and the immediate cost to the insurance industry was staggering. Almost instantly reports emerged that insurers needed to post exceptional items to their balance sheets to reflect the adjustment the change had caused to their claims’ reserves. Between Aviva, QBE and Direct Line alone the cost of change nearly topped £750m. The effect on Ogden based lump sum calculations was significant and immediate with the value of future cost of care and loss of earnings claims increasing significantly. Personal and medical injury claims which were compromised at around the time of the rate change are clearly vulnerable to scrutiny by litigants who feel they may have lost out.

On 15th July 2019 it was announced that the discount rate was changed again to -0.25%. Claimants who have compromised their claims in the past few months may also have cause to complain.

2. The dangers of automation

Despite uncertainty about solicitor tariffs3 the level of Personal Injury notifications remains resilient. Low to mid value RTA claims are, in the main, prosecuted by claimant firms using claims handling systems processing. Changes to the CFA rules further increased the economic necessity to rely on technology-based claims handling in a high- volume market. As a result, unusual claimant symptomology arising from a modest fast-track claim can be much more easily missed. Chronic pain claims allegedly attributable to limb or upper body injury being a paradigm example.

How can the Professional Indemnity solicitor equip themselves to deal with these claims?

Mindful of market concerns and in anticipation of the traditional solicitors’ renewal season ahead, members of Hailsham Chambers will be publishing a series of articles over the next few weeks relating to key aspects of handling claims involving the alleged under settlement of personal and medical injury actions. Our aim is to provide guidance on the peculiarities of Personal Injury and Clinical Negligence claims to help the Professional Negligence solicitor better serve their clients. 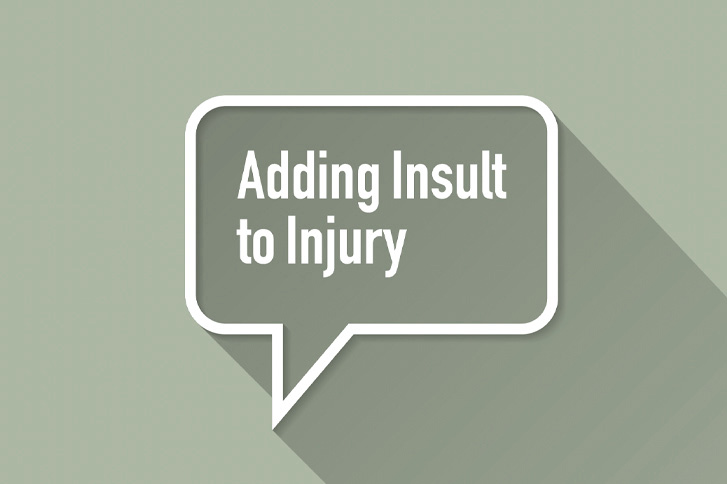